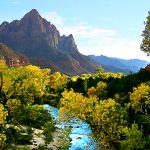 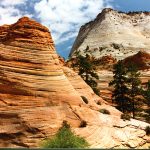 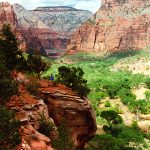 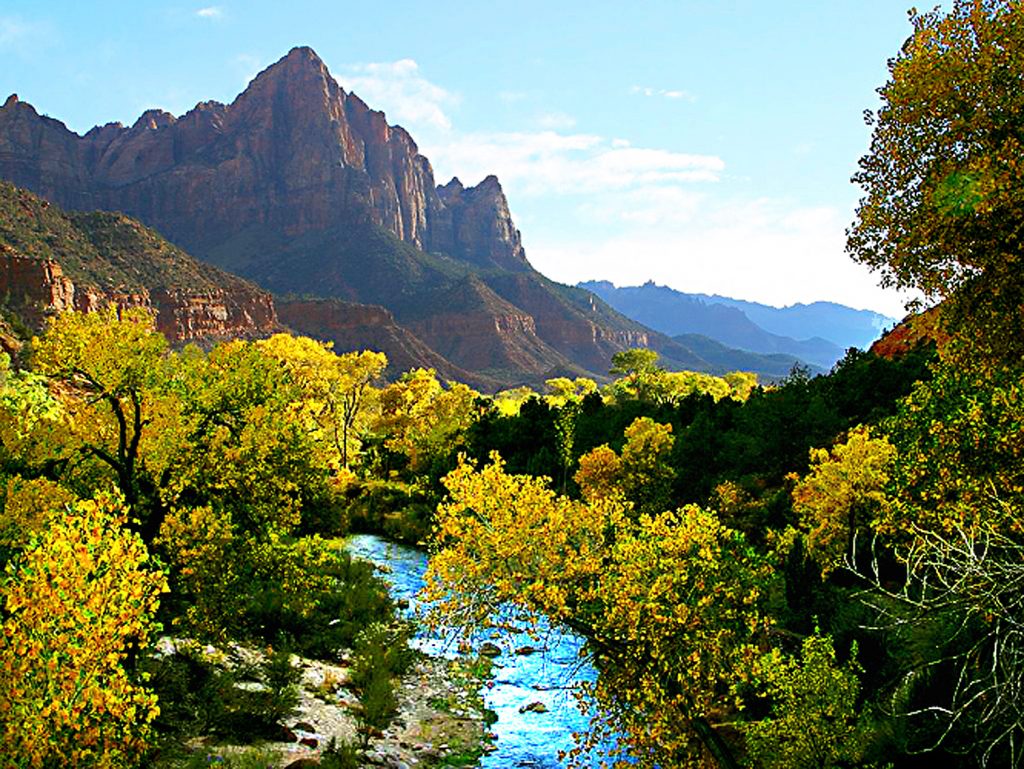 Zion National Park, located 163 miles from Las Vegas is located near Springdale, Utah. The park is fairly large and covers 229 square miles (590 km2). Zion rests at the junction of the Colorado Plateau, Great Basin, and Mojave Desert regions. And the park’s unique geographic location and variety of inhabitants has allowed for unexpected flora and fauna diversity. The main attraction to the park is Zion Canyon. Zion Canyon is 15 miles (24 km) long and up to half a mile (800 m) deep. Eons of wind and rain have cut through the sandstone by the North Fork of the Virgin River.

Memorable geographical features of the park include the Virgin River Narrows, Emerald Pools, Hidden Canyon, Angels Landing, The Great White Throne, Checkerboard Mesa, The Three Patriarchs, and Kolob Arch. Each feature has its own way of leaving visitors in awe. The topography of the Zion and Kolob canyon areas include nine geologic formations. Together they represent 150 million years of mostly Mesozoic-aged sedimentation. This entire wonderment was truly formed by the hands of God.